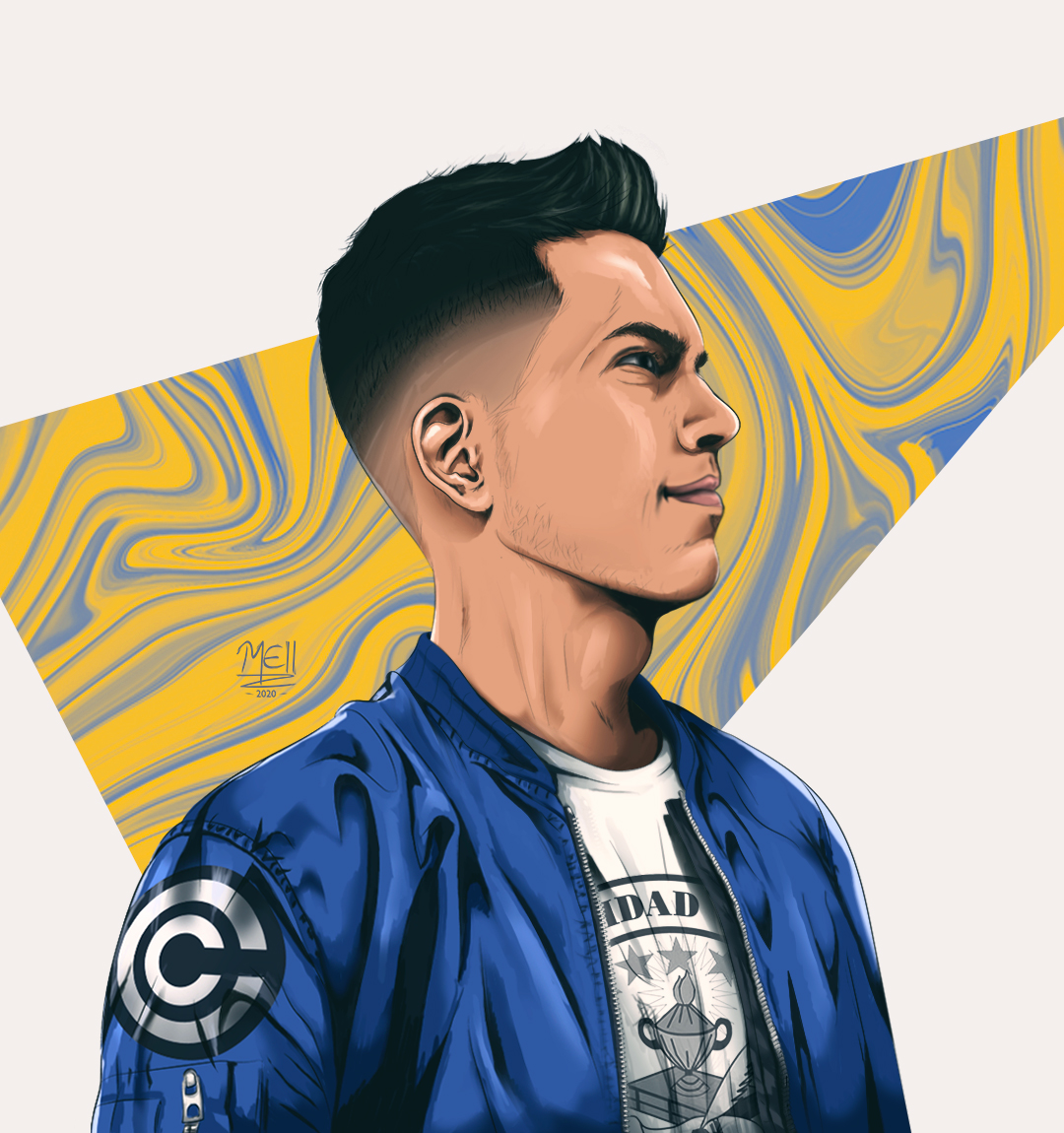 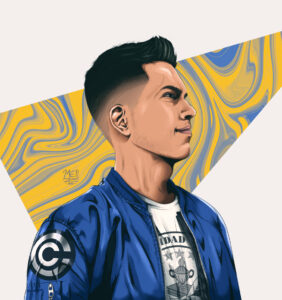 That is the motto by which this visual artist, digital illustrator, graphic designer and bachelor of education with a mention in human resources development, graduated from the Central University of Venezuela, governs his life.

Mell, like many young Venezuelans, grew up in a complex environment characterized by the multiple social, political and economic crises that Venezuela has suffered in the last two decades.

The increasingly complex environment motivated him in May 2017 to publish his first works, carried out as a form of peaceful protest in solidarity with the victims of military repression during the anti-government protests that took place in Venezuela in 2017.

Mell has been passionate about art since he was young, a cartoonist and creator of digital art who decided to study an education degree at the Central University of Venezuela as the perfect complement to enhance his talent and transmit his message in an innovative way.

Surrealism is among its most used styles as a means to create a new, innovative reality that arouses the interest of any viewer. The intention is to play with perception, lights and colors as messages of optimism, hope and a lot of faith are left in the subconscious. Mell’s work has been recognized and shared on portals such as “El Nacional WEB”, contests such as “Tu Mural por Venezuela” sponsored by the NGO “Un Mundo Sin Mordaza” and articles in national and international newspapers such as “La Patilla” and ” Soup Mexico “.

Not only is he recognized for his protest art, but he has also created illustrations in tribute to important figures such as the Venezuelan artist Carlos Cruz-Diez and the American writer and editor Stan Lee. Many of the illustrations focus on highlighting the symbols of Venezuelan culture and raising their voice against the injustices of the world, with the intention of leaving a lasting mark on their work and contributing a grain of sand in the cultural, philosophical and cultural reconstruction. moral of our societies.

Currently, in addition to creating illustrations, he gives workshops for audiences of all ages who aspire to start in the art world through traditional and digital drawing and graphic design.

If you want to know more about Mell visit: https://mellartworks.wordpress.com

We all have a story to tell, contact us so that we continue to tell stories of Citizens like you.